Literature / An Instinct for War 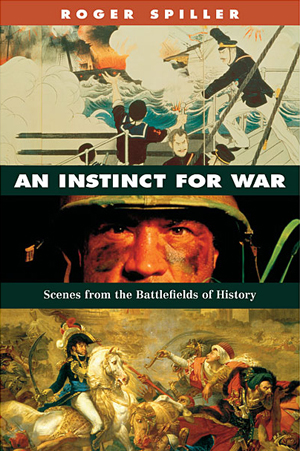 "Some of this actually happened and some of it didn't, but all of it is as true as I can make it."
—The author
Advertisement:

An Instinct for War: Scenes from the Battlefields of History is a collection of thirteen short stories by military historian Roger J. Spiller, published in 2005.

The stories cover various eras in military history from Ancient China to the modern War on Terror. What makes this collection unique is Spiller's decision to write his stories as fiction, without compromising historical accuracy or authenticity. By using fiction, Spiller is able to introduce important issues in military history, like the influence of Antoine-Henri Jomini on American Civil War commanders, the idea of war as a practical "craft" than an unchanging ritual, the issues of technology versus morale, and more in a very unorthodox package.

The stories in the book are:

An Instinct for War provides examples of: