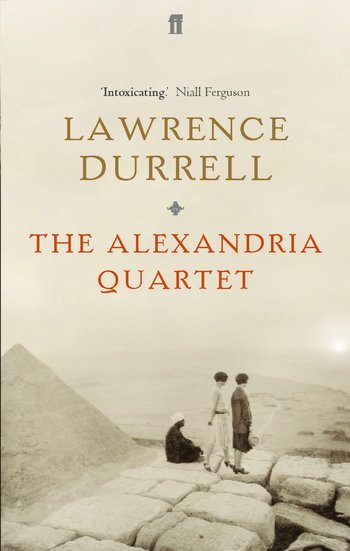 The Alexandria Quartet is a tetralogy of novels by the British author Lawrence Durrell. Set in the Egyptian city of Alexandria, it explores the misadventures of various European expatriates and natives in the years around World War II. It consists of the following books:

The four novels deal with the same cast of characters and mostly with the same events, but are told from different angles. Balthazar is a virtual retelling of Justine, from the perspective of the later novel's title character; Mountolive is the story of a minor character from the first two novels that interacts unexpectedly with the previous story; Clea takes place several years later, but offers startling new information about the motivations and secrets of characters seen previously.

The Alexandria Quartet contains examples of: