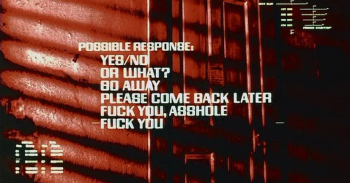 There's no need for proper manners around here.