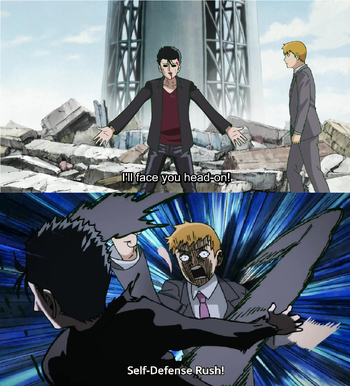 It's a work by ONE — naturally it's gonna have some comedic bits to it.