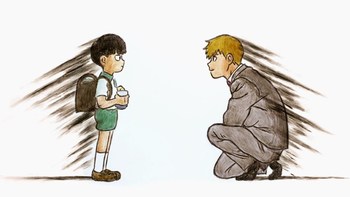 "You don't raise heroes, you raise sons. And if you treat them like sons, they'll turn out to be heroes, even if it's just in your own eyes."
Advertisement:

One of the many qualities of Mob Psycho's charm is its lessons of human kindness and the true power of being a good person.