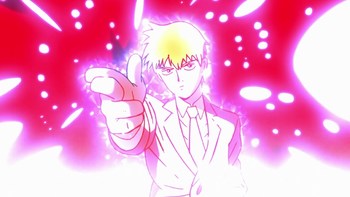 This is what happens when you let the adult handle things.
Advertisement:

Just like its predecessor, Mob Psycho 100 is filled with awesome moments that will blow your mind.