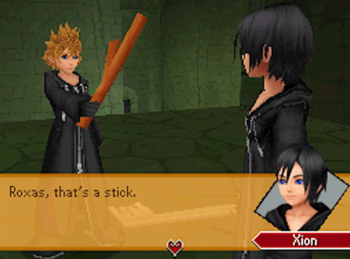 Not the finest weapon of choice for fighting Heartless, is it?
Advertisement: