WARNING: Per wiki policy, Spoilers Off applies to Tearjerker pages. All spoilers will be unmarked. 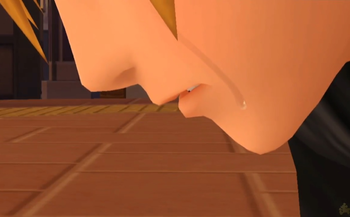 Xion…
"Think now for a moment, about your best friend. Someone, you couldn't bear to lose..."