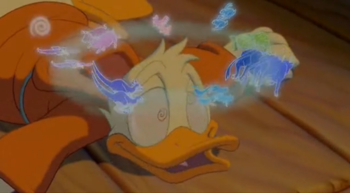 Even in a skit centered around Pomp and Circumstance, Donald Duck can only barely catch a break.