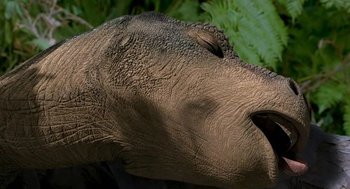 "Oh no, attacking lemurs! They're too much for me!"