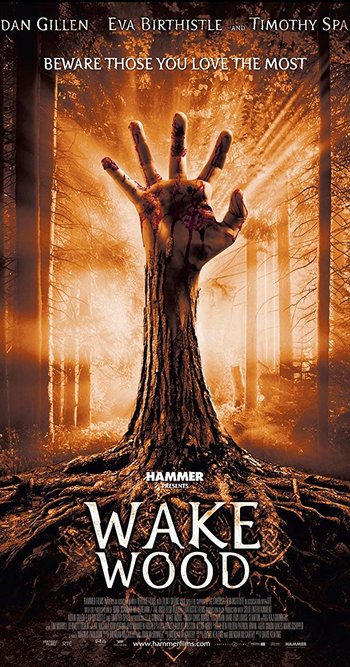 A British horror film by the refinanced "Hammer Films" starring Aidan Gillen, Eva Birthistle, and Timothy Spall. It tells the story of a couple who, after losing their daughter to a crazed dog, learn that the small English town of Wake Wood, to which they moved, brims with pagan magic. After the death of one of the locals, an opportunity arises to revive their daughter, Alice, for three days. The ritual works and the parents are overjoyed, but something is very wrong with their returned daughter.