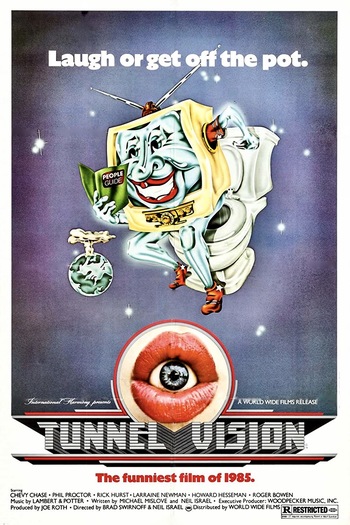 "TunnelVision, the "no bullshit" network."
— The network slogan
Advertisement:

Set in the then-future year of 1985, it centers around the first completely uncensored television network in the United States, TunnelVision, and a Senate hearing regarding its content, where approximately one hour of one day's condensed programming is shown, sketch-comedy style.