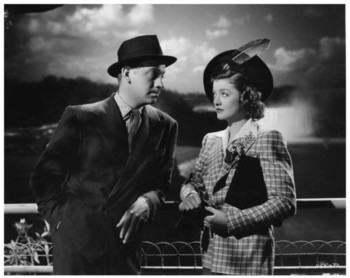 Margo (Loy), a fashion editor, has the perfect idea to ward off unwanted suitors: pretend she’s married by wearing a wedding ring and having the magazine’s photographer, Gus Winkler (Felix Bressart), write phony love letters to her. She’s able to dupe everyone from her lawyer friend, Philip (Lee Bowman), to even her own family.

But a chance meeting with painter Jeff Thompson (Douglas), has her falling in love. Jeff suspects, however, something fishy when he finds out about her "marriage", leading him to investigate and decide to impersonate her made-up husband.