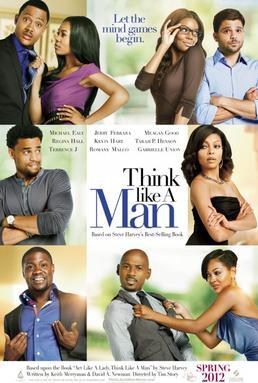 The plot follows the relationships of a group of friends, each one representing a different dating archetype matched with a female contender. After the release of the aforementioned book in which Mr. Harvey gives away men's secret relationship tricks, the men struggle to keep up as the women start changing the game.

In 2014, a sequel was released: Think Like a Man Too. Set in Las Vegas, the cast is preparing for Michael and Candace's wedding. However, each couple is plagued with further relationship drama, such as dealing with in-laws, or having to choose between work and romance.