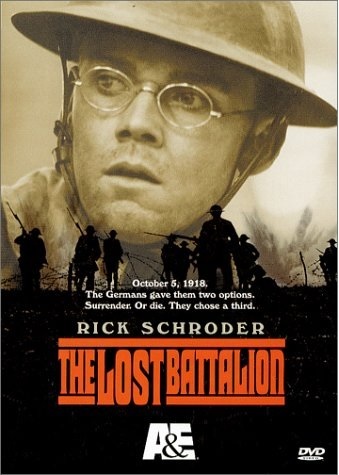 The Lost Battalion is a 2001 made-for-TV war movie. Set in October 1918, it tells the true story of a U.S. Army battalion, specifically 1st Battalion, 308th Infantry Regiment (reinforced by a couple of understrength companies from two other battalions), which becomes trapped behind German lines. Rather than surrender to the Germans, the American troops decide to hold out until reinforcements arrive. It stars Rick Schroder as Maj. Charles Whittlesey, who earned the Medal of Honor for his actions during the battle.