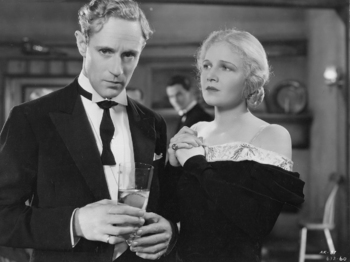 Tom Collier (Howard), a publisher, doesn’t want to end his friendship with his friend/lover, Daisy (Harding), but she insists that they must since he’s going to marry Cecilia Henry (Loy). But Tom soon finds the marriage unsatisfactory: Cecilia makes him sacrifice his artistic vision for money and forget not only Daisy, but his other artistic friends. He soon realizes that he must choose between these two women if he wants to come out with his soul unscathed.

This film is in the Public Domain. It also has nothing to do with the 2010 Australian film Animal Kingdom.