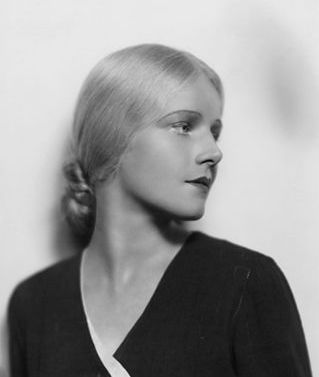 Ann Harding (August 7, 1902 – September 1, 1981) was an American actress famous for her simple beauty, complicated heroines, and long, blonde locks during The Silent Age of Hollywood and The Pre-Code Era of Hollywood.

Harding began her career on Broadway and slowly transitioned into films during the early sound era. RKO was her home studio, where she played her sophisticated women who would do anything for love. She received an Oscar nomination for the original film adaptation of Holiday and would go on to be a beloved stage and film actress, though her star would sharply fall in the mid-'30s and would never fully recover.

Coming out of retirement in 1942, Harding appeared in smaller film roles during the '40s and '50s. She also appeared on television in the '50s and '60s and continued her stage work until 1965.