Film / The Air Up There 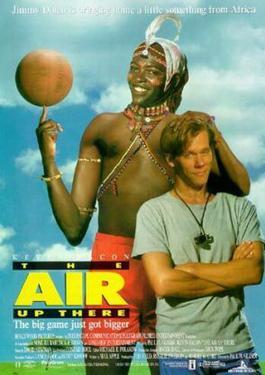 The Air Up There is an American comedy film written by Max Apple and directed by Paul Michael Glaser.
Advertisement:

College basketball assistant coach Jimmy Dolan (Kevin Bacon) is looking for a new star for his team. Watching a video of the inhabitants of Winabi, a small Kenyan village, he is impressed by the skills of Saleh Wintambuh (Charles Gitonga Maina). Jimmy travels to Winabi to recruit Saleh, but there's a problem: Saleh is the only son of Urudu (Winston Ntshona), the chief of the village, making him next in line for leadership. And the Winabi can't afford to lose him, because corrupt businessman Nyaga (Mabuthu "Kid" Sithole) wants the copper deposits in the Winabi's land, and has been stealing cattle in an attempt to drive them out of their village.

The Air Up There contains examples of: