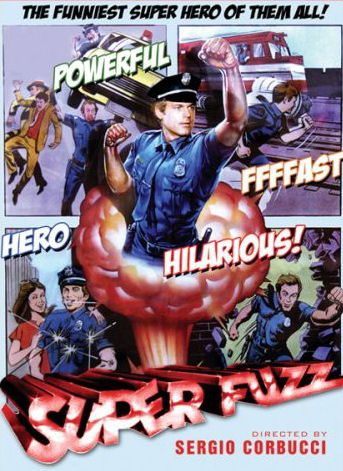 Italian-made low budget Super Hero comedy about a police officer (Terence Hill) who gets hit with an atomic blast, and then discovers he has super powers. Ernest Borgnine is his partner. Better than it sounds, and much more fun to boot, this was a staple of cable movie channels in the early 1980s.

Do not confuse with fellow "cop film with a twist" Hot Fuzz.