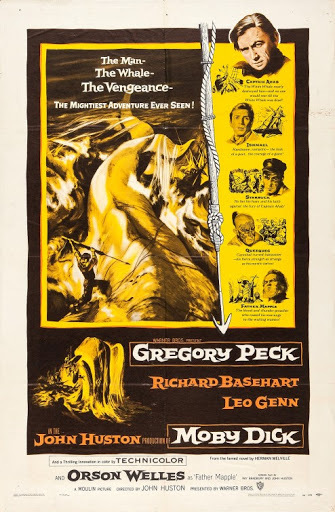 As one of the most famous and acclaimed American novels of all time, it is no surprise that Moby-Dick has been adapted to the screen several times. The most famous film adaptation is probably the 1956 version starring Gregory Peck as Ahab and directed by John Huston, with the screenplay written by Ray Bradbury. There have also been two acclaimed miniseries adaptations, one from 1998 starring Patrick Stewart and the other from 2011 starring William Hurt (both playing Ahab).

Tropes featured in these three versions, and common to others: