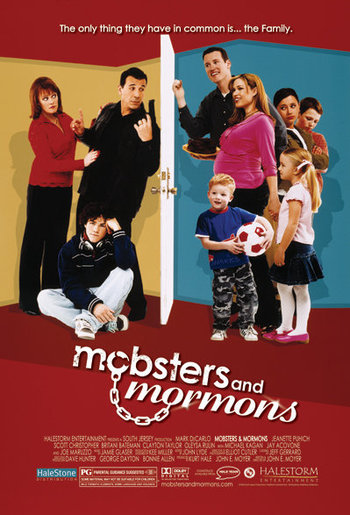 Mobsters and Mormons is a 2005 comedy film.

Carmine "The Beans" Pasquale is a Philadelphia mobster who is caught by the FBI. After Carmine decides to testify against his boss, he and his family go into the Witness Protection Program and are moved to Utah, in the heart of the Mormon Corridor. Hilarity Ensues as they try to fit in, and deal with the overly friendly neighbors.