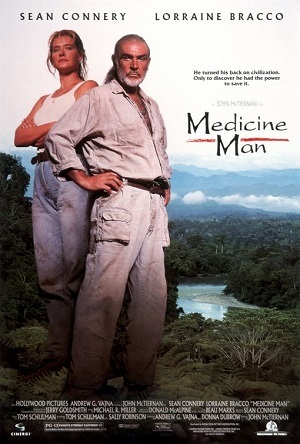 Scientist Dr. Rae "Bronx" Crane (Bracco) journeys deep into The Amazon Rainforest to find out what Dr. Robert Campbell (Connery), a Bunny Ears Professor, has been doing since he stopped sending in status reports. Turns out he's discovered the cure for cancer. Well, sort of. He's "lost" it and he has a week to find it again before a logging company builds a road through the only area of forest where the cure is known to exist.