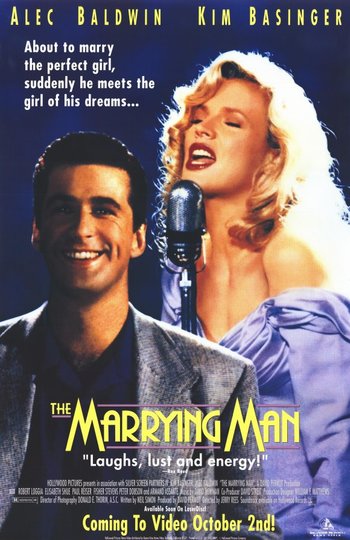 Charley Pearl (Baldwin) is the heir to a toothpaste empire's fortune engaged to be married to the daughter of a Hollywood studio mogul, whose best friends accompany him on a drive to Las Vegas for his bachelor's party. They make a quick stop at a nightclub where Charley meets glamorous singer Vicki Anderson (Basinger). They flirt and soon they end up in bed, only to be caught in the act by her lover—Bugsy Siegel, the notorious gangster.

Rather than react violently, Bugsy amuses himself with the notion that he will take the scared-stiff Vicki and Charley to a justice of the peace in the middle of the night and make them marry one another. After the marriage becomes public and the subsequent scandal, Charley and Vicki agree to get an annulment, but unbeknownst to them, this wouldn't be the last time they met — or marry, for that matter.