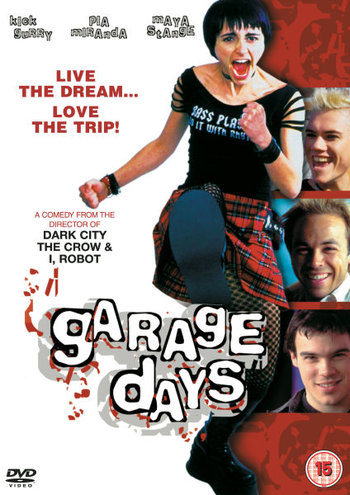 Garage Days is a 2002 Australian movie directed by Alex Proyas. It's about an unnamed garage band in Sydney and their conflicts as they work toward finding their big break. Each band member (and several secondary characters) get plot arcs as the movie builds toward its climax.