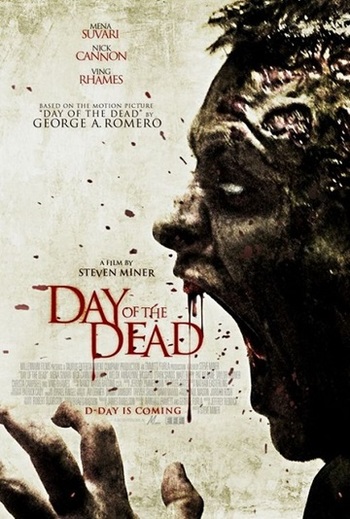 The movie opens with a group of teenagers are engaging in sexual activities in a disused bunker. Trevor's girlfriend wants to leave and so with Trevor being the transportation they all leave and find that the military has blocked off the town and there are a bunch of sick people in town. At the same time Private Bud and Corporal Cross go to visit Cross's mother who has become sick (Cross is Trevor's sister). Trevor and his girlfriend and the two privates end up taking their mother to the local hospital. At the hospital suddenly all the infected take a turn for the worse and turn into zombies with super human strength and speed, their mother as well. Trevor and girlfriend rush over to a local radio station while Bud and Cross get stuck in a cupboard, after a quick Air-Vent Passageway escape they get out, rescue the teenagers and head over the bunker at the start of the film. Bud managed to get bit but doesn't turn against other humans. At the bunker they find that the zombie attack all part of a government study of viruses. They managed to burn all the zombies in the bunker that have followed them and are last seen driving off into the distance.

Day of the Dead provides examples of: