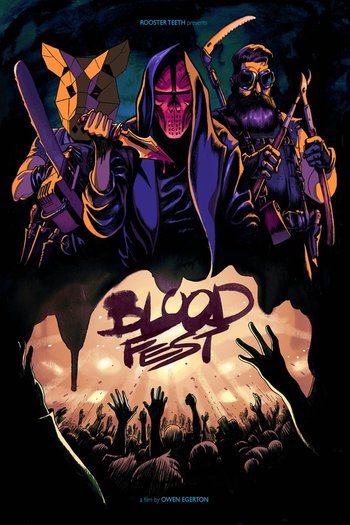 Blood Fest is the third feature-length film by Rooster Teeth Productions. It is a Horror Comedy.

Written and directed by Owen Egerton, it centers around three horror fans (Dax, Sam and Krill) who attend a horror movie-themed festival.

Things going downhill as they (and the hundreds of others in attendance) quickly discover the weapons and monsters are real, and they're all trapped inside.