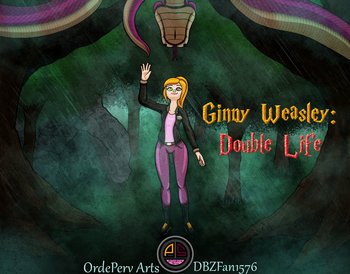 by Angel the Wizard

is a Harry Potter fic set around a decade after the Battle of Hogwarts. Returning home after a busy day at the Daily Prophet, Ginny discovers Milikan, a talking serpent, who hypnotises Ginny to remember Milikan as a childhood friend. With Ginny now regarding Milikan as her best friend and Mistress, the fic explores how Ginny’s new life unfolds as she tries to keep her family unaware of Milikan’s presence while enjoying the ‘return’ of her ‘childhood companion’.
Advertisement:

The author has also written The Tales of Milikan, a series of one-shots or three-parters looking at alternate realities where Milikan and other hypnotic snakes met Ginny and other characters under different circumstances, ranging from a more 'standard' AU where they meet earlier or later to more drastic crossovers or greater alternate realities.