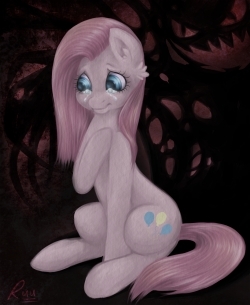 "It was almost like Pinkie was a big pink balloon, just like the ones on her flank. Sometimes, something would happen to make a bit of helium leak out of her, but somepony would always make sure she got back to being fully inflated. A smile here, a passing compliment there, and before long Pinkie was back at one-hundred percent.
But this was different. Pinkie was fully deflated, and no matter how much helium she got, she didn’t get any better. Every bit would go right through one end and out the other, like trying to inflate a broken balloon.

That’s the simplest way she could explain it to herself. She had been popped."

Most towns hold a dark secret, and Ponyville is no exception. For the past decade, mares have been disappearing, never to be seen again. Unfortunately, one of these mares turns out to be Pinkie Pie. Abducted on Hearth's Warming Eve, Pinkie Pie is taken to an isolated cabin in the middle of nowhere where she is subject to unimginable cruelty by her captor. Things get even worse when a visit to Ponyville by Pinkie's family makes the rest of the town realize she's missing, setting forth a chain of events that will have drastic consequences for those involved.

Popped is a My Little Pony: Friendship Is Magic fanfiction written by author Tapoff

. To put it plainly, it's pretty much what Cupcakes could have been if Sgt. Sprinkles hadn't written it as a joke. Popped is deeper, darker, and legitimately frightening. Oh, and Pinkie is in the victim's chair in this one.

Popped clocks in at about 80,000 words, significantly longer than most stories of its kind. Don't be fooled, though - While the story contains a lot of extreme gore, it also contains a fairly deep story of how Pinkie's disappearance affects the lives of her friends and loved ones, particularly Twilight Sparkle. Popped is not gore for the sake of gore, but rather a look into how traumatic experiences can have drastic changes on a person's (or pony's) personality.

, but be warned: This story is not for the faint of heart.