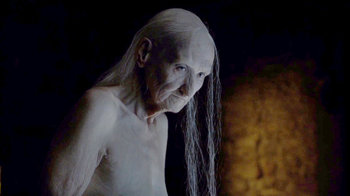 Game of Thrones has a lot of Fan Disservice, which tends to double as Squick: