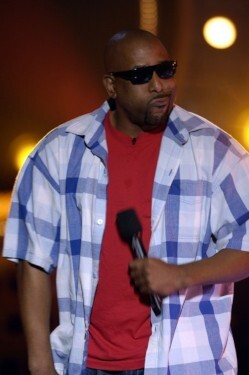 Tone Lōc (born March 3, 1966 in California), real name Anthony Terrell Smith, is an American actor and rapper. His rapping career started in 1987. He released two albums called Lōc'd After Dark in 1989 and Cool Hand Lōc in 1991.