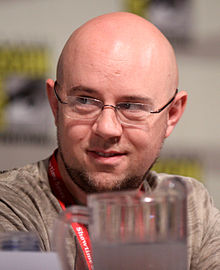 Michael Dante DiMartino (born July 18, 1974) is one of the co-creators of the American cartoon Avatar: The Last Airbender, as well as its sequel series, The Legend of Korra. His partner is Bryan Konietzko.