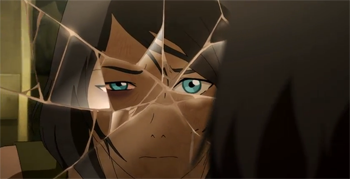 A look back at what Korra has been up to for the past three years.