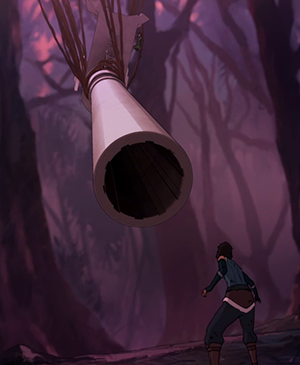 Definitely not the end you want to be looking down.

While Korra and her comrades tear the Colossus apart from the inside, an increasingly desperate Kuvira resorts to a rash and catastrophic act.