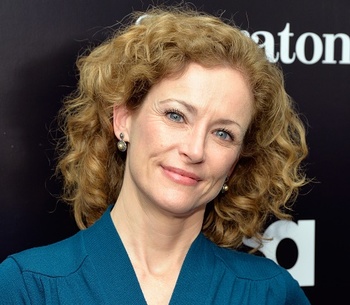 Leslie Hope is a Canadian actress born in May 6, 1965 in Halifax, Nova Scotia. She has been acting since 1981. She is known for playing Teri Bauer on 24.

Not to be confused with an earlier Leslie Hope who achieved fame as Bob Hope.