Series / Off The Map 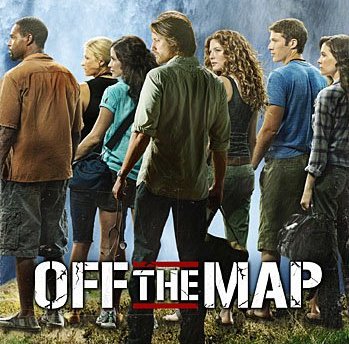 Off the Map was an American Medical Drama television series that airs on ABC. It was created by Jenna Bans, who also serves as an executive producer, along with Shonda Rhimes (of Grey's Anatomy and Private Practice fame) and Betsy Beers. It premiered on January 12, 2011, at 10 pm Eastern (9 pm Central). The series is set in a remote South American village, where seven doctors search for reasons that brought each of them to medicine.

The show was unique due to its setting, as cases were usually either a) things like mumps that are mundane in the big cities but seriously threatening to the locals, or b) crazy exotic things such as a man getting crushed by an anaconda. However, the show was unable to garner the same amount of ratings that its cousin show had and was soon canceled after a 13 episode run.