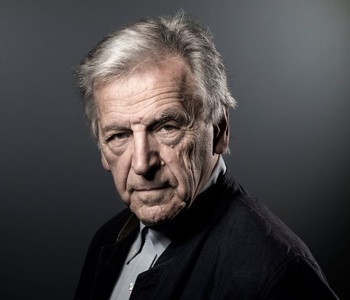 He could not study in Greece after the country went through a civil war (from World War II to 1949) due to his father being communist, so he moved to France, studying literature first then cinema there, notably under the teaching of filmmaker Yves Allégret.

He is well known for blending commentary on controversial political and social issues with the entertainment value of the film medium. Themes such as law and justice, dictatorships, oppression, legal/illegal violence and torture are common in his works, most of which are in French language.

His 1969 film Z ended up the first film to be nominated for both the Best Picture and Best Foreign Language Film* now known as Best International Feature Film at the Academy Awards.

His children Romain, Alexandre and Julie all became directors.