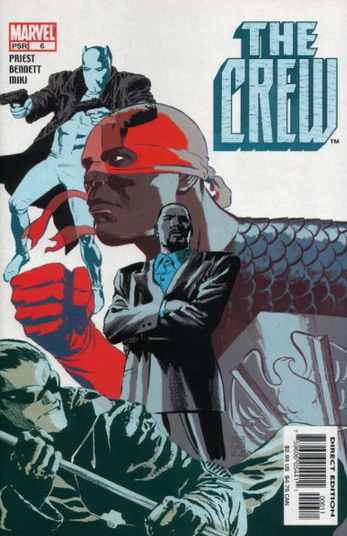 Click here to see the All New, All Different Crew 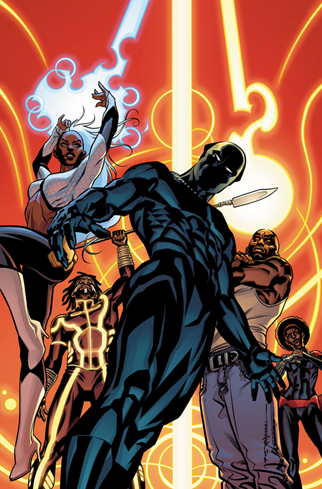 The Crew was a Marvel Comics series from 2003, written by Power Man and Iron Fist and Black Panther writer Christopher Priest. A pet project of his, which sadly was cancelled before the first issue was even released. The seven published issues make up the first story arc, Big Trouble In Little Mogadishu.

The Crew takes place in Brooklyn, between the mean streets of Little Mogadishu, or the Mog, and the gated community of Princeton Walk. Four men, all of whom have lost family in some way, come together initially for reasons of their own, and the series would have been about their gradual personal evolution. The Crew consisted of:

Christopher Priest remains somewhat bitter over the series' cancellation, which he suspects was due to it being viewed as a "ghetto book".

As part of All-New, All-Different Marvel, a new group of heroes consisting of Luke Cage, Misty Knight, Storm, and Manifold were gathered by Black Panther to combat evidence of outside influences fueling dissent in Wakanda. Luke Cage described the group as "The Crew." In 2017, as part of the Marvel NOW! (2016) initiative, a new team book was released called Black Panther and The Crew, continuing the adventures of this team, though it too was hit with cancellation after its first arc.

Not to be confused with the racing video game or the comedy film.

The Crew contained examples of: