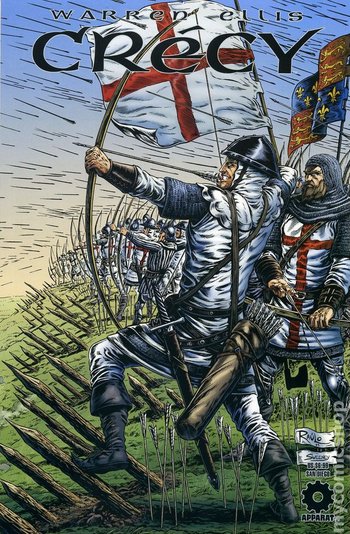 Pluck yew.
This is a story about the English and the French and why the English hate the French. Which is because they eat frogs, they smell bad, and they're twenty five miles away.
— William of Stonham
Advertisement:

Crécy; "The Death Of Chivalry", "How Nightmarishly Annoying Arrows Really Are", or "How Badass English Archers Made French Cunts Stop Invading England". invoked

A short black & white comic written by Warren Ellis & illustrated by Raulo Cacares published in 2007 about the historical Battle of Crécy.