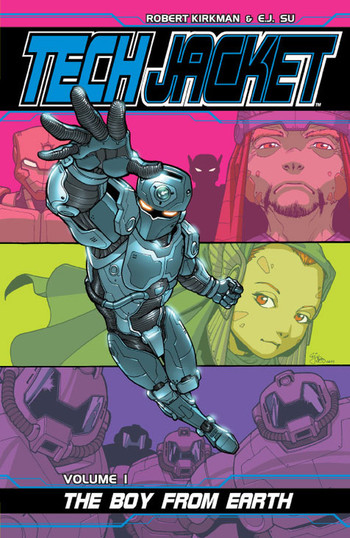 Tech Jacket is a graphic novel series about Zack Thompson, a teenager who is given a set of powered armour by a dying alien and uses it to become the hero Tech Jacket. The series ran to eight issues collected into two volumes.

Originally written by Robert Kirkman, the comic ran from November 2002 to April 2003.

The series shares a universe with the Invincible, Brit and Capes with Zack (as tech jacket) appearing in several Invincible comics.