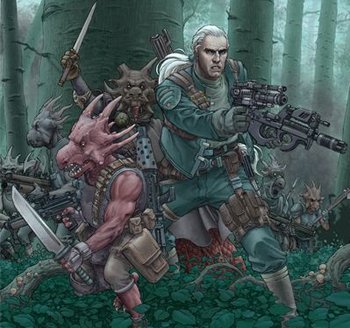 Dark Times is a 2006 comic book series published by Dark Horse Comics as a series of continuing mini-series. It is part of their 30th anniversary retooling of its long-running Star Wars series of comics, replacing Star Wars: Republic.

The first issue was released on November 8, 2006, and is written by Mick Harrison from a plot by Welles Hartley; both were eventually revealed to be pseudonyms of veteran writer Randy Stradley. The series ran until Dark Horse lost the license to Marvel Comics and the Expanded Universe received a Continuity Reboot, relegating this series to the Star Wars Legends.