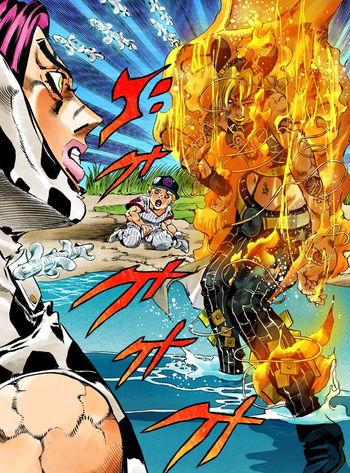 Jolyne just lit herself on fire to beat him.