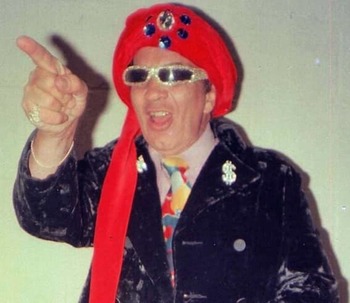 The Manager of Champions
Advertisement:

Irwin "Ernie" Roth (August 30, 1926 – October 12, 1983) was an American Professional Wrestling manager known for his work for the then-WWWF as The Grand Wizard. He started as Abdullah Farouk, the manager of The Sheik and pioneered "manager interference." As The Grand Wizard, he managed Mr. Fuji and Professor Toru Tanaka to two reigns as WWWF World Tag Team Champions