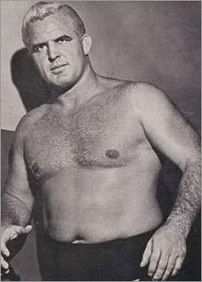 Edward F. Gossett (January 15, 1930 – January 21, 1985) was an American Professional Wrestler, booker, promoter, and executive as Eddie Graham. He debuted in 1947 as Rip Rogers before adopting the Eddie Graham name in 1958. He and Dr. Jerry Graham were 4x WWWF United States Tag Team Champions.

Although he would compete for a variety of territories, he is best known for his work in Florida, where he was the booker and promoter. Among his in-ring achievements, he was a 1x JWA All Asia Tag team Champion