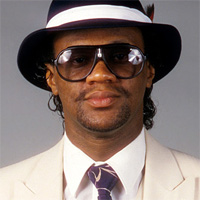 Kenneth Wayne Johnson (born December 8, 1957) is a retired Professional Wrestling manager as "The Doctor of Style" Slick. He started in Texas All-Star Wrestling before moving on to NWA Central States Wrestling in Kansas City, MO. In 1987, he and "Hacksaw" Butch Reed moved to WWE. As part of "Classy" Freddie Blassie's retirement, he sold the debuting Slick the contracts of The Iron Sheik, Nikolai Volkoff and Hercules, though Hercules' was sold to Bobby Heenan. Slick also managed The One Man Gang, Big Bossman, Boris Zhukov, Rick Martel, The Warlord, Power and Glory (Hercules and Paul Roma) and Kamala. He left WWE in 1993.

"Turn out the lights, the party's over."