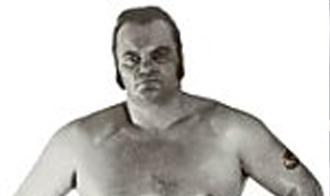 George Stipich (1937-1997) was a Canadian Professional Wrestler who competed from 1958 to 1984. He started in Quebec and went on to win titles all over Canada and the U.S. as well as Australia. He is best known for defeating Pedro Morales for the WWWF World Heavyweight Title

and losing it nine days later to Bruno Sammartino. He also was a 1x IWA (Australia) World Heavyweight Champion

As usual, you can find the basics about his career at The Other Wiki