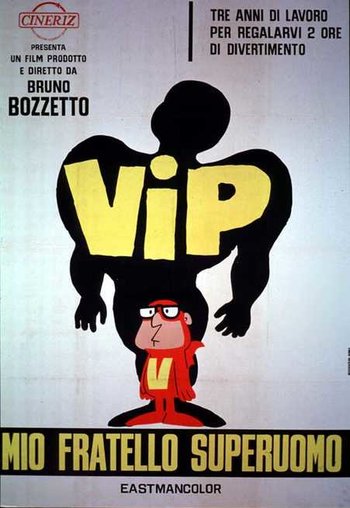 VIP: My Brother Superman (also known as The Supervips) is a 1968 Italian animated movie by Bruno Bozzetto.

Supervip, the strongest man on Earth, and his brother Minivip, the weakest superman on Earth, are the descendants of a family of superheroes. They need to save the world from the evil Happy Betty, who is planning to put brain-missiles on everyone’s heads so that they’ll only buy from her supermarkets.