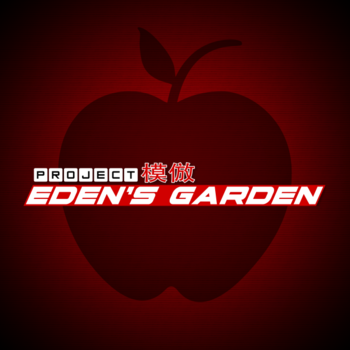 Project: Eden's Garden is an upcoming fan game inspired by the infamous video game series known by all as Danganronpa, and is directed by obelusk

The story takes place in a prestigious American academy called Eden's Garden Academy: a school that scouts teens and young adults with remarkable talents and knowledge. But one day, a student by the name of Damon Maitsu, the Ultimate Debater, awakens within the school alongside 15 of his newest classmates. And to make matters worse, they discover that they are forced to partake in a killing game which will be documented for the world to see. Now Damon and his classmates must work together to survive the killing game and uncover the mystery of Eden's Garden.

Tropes in Project: Eden's Garden include: