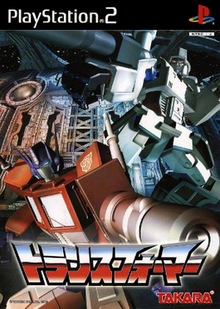 Transformers: Call of the Future was a Transformers video game developed by WinkySoft and released on the PlayStation 2 exclusively in Japan by Takara in 2003. The game follows the continuity of the Generation 1 cartoon.

The game starts with the player choosing between playing as Autobots or Decepticons and deals with a story where the Decepticon Shockwave becomes all-powerful and ends up destroying Cybertron after obtaining the Zel Quartz, resulting in Rodimus Prime, Kup and Arcee going back in time to help the Autobots find the Zel Quartz before Shockwave does as well as Galvatron, Cyclonus and Scourge doing the same for the Decepticons.