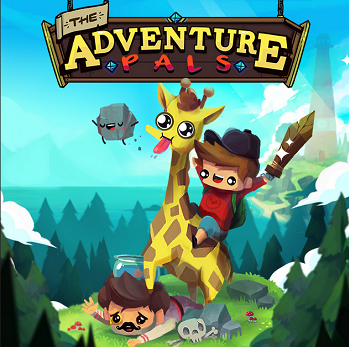 The Adventure Pals is an action-oriented Platform Game developed by Sydney, Australia-based indie developer Massive Monster. It is a recreation of a Flash game Super Adventure Pals.
Advertisement:

You play as Wilton, who is celebrating his 16th birthday with his father, when the latter gets "dad-napped", forcing you to go on adventure to rescue him.

It was released on April 3rd, 2018 for PC, PS4, Xbox One and Nintendo Switch. You can buy it on Steam here

The Adventure Pals provides examples of: