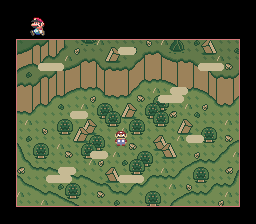 'the (also known as Coronation Day) is a Horror themed Super Mario World ROM Hack released by Medic, Torchkas, and underway in January 2016. The hack features Mario in a forest like environment, with various messages coming from a strange, disembodied voice, but there's something more to it than that...